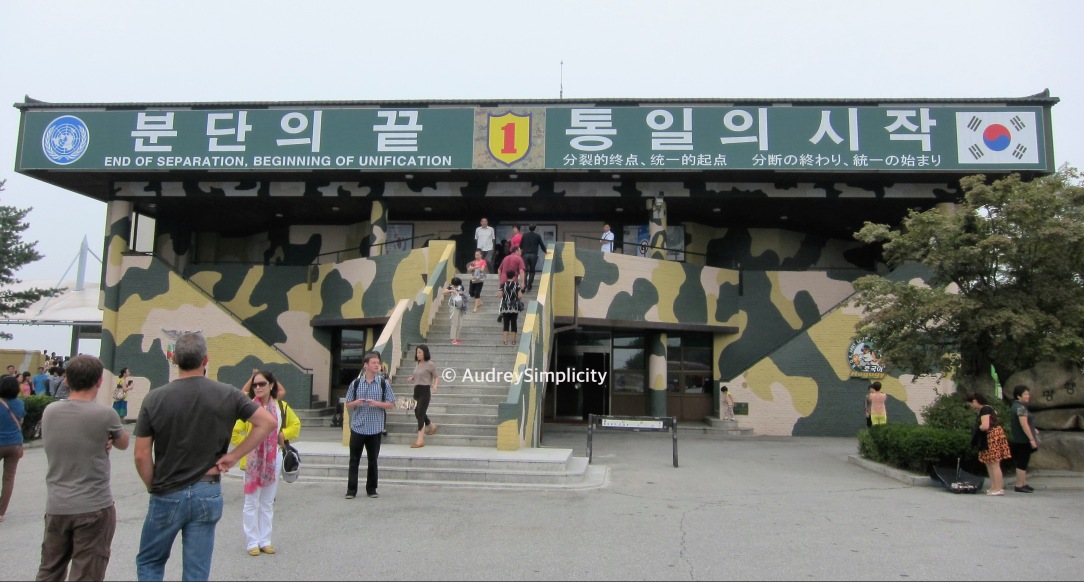 This is my first visit to the Korea Demilitarised Zone (DMZ), the spot of division.  To visit the DMZ, we need to join the local tour which we booked through Fraser Suite, Insadong, the service apartment we stayed at.  We brought along our passport as it may be required for security check when entering certain restricted or secured area.

The DMZ is a buffer zone established on 27 July 1953 when the Armistice Agreement was signed during the Korean War.  A truce line was drew across the Korean Peninsula, from the mouth of the Imjingang in the east, to the town of Goseong in the west. On either side of the truce line is a 2-km wide stretch of land where military activity is forbidden. The DMZ extends largely from Gyeonggi-do to Gangwon-do.  The half-day tour we joined was to the DMZ at Paju, Gyeonggi-do. (“Do” means Province in Korean)

Imjingak Pavilion was established in 1972, after the declaration of the joint South-North armistice. It exhibits various relics and monuments related to the Korean War and subsequent confrontations.

This steam locomotive is a symbol of the tragic history of the division.  According to the train operator at that time, the train was back due to the intervention of the Chinese Communist Forces on the way to Pyeongyang to deliver war materials. It was finally destroyed at Jangdan Station, suffering from more than 1,020 gun shots. 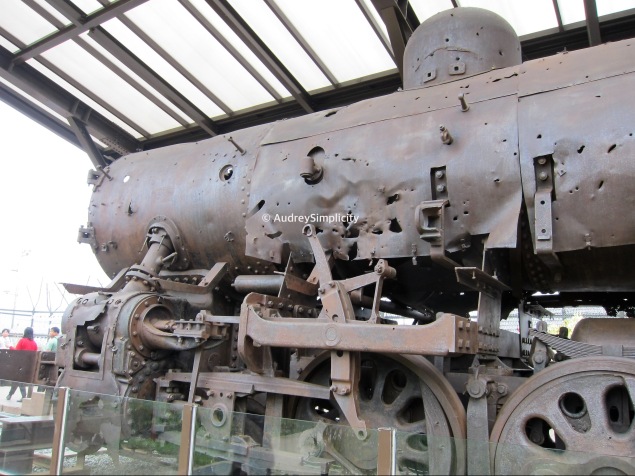 The Third Tunnel – The South Korean military was informed of the Third Tunnel by a North Korean defector in September 1974.  Three years on, the 3rd tunnel dug by the Northern army to spy on their Southern counterparts was discovered.  The Third Tunnel is arch-shaped and has a total length of 1.635-kilometre long.  It lies 73-metre below the surface and is 2-metre high and 2-metre wide. When this tunnel was initially discovered, it ran 1.2-kilometre to the North from the military demarcation line and 435 meters to the South. Visitors can explore the tunnel up to 265-metre.  A concrete blockade was installed since to prevent the usage by the North.  As the tunnel is rather deep and no photography is allowed, we decided not to enter and took picture from outside. 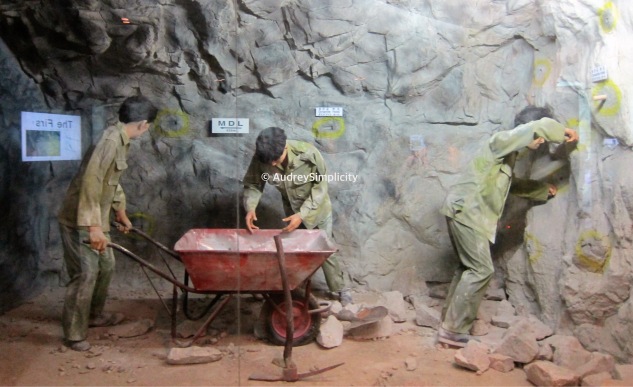 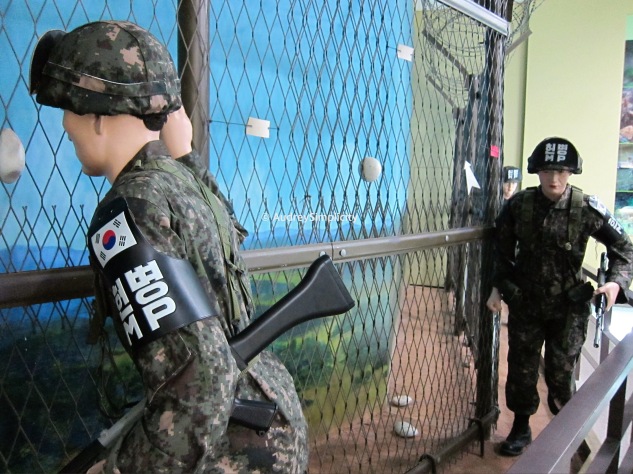 This is the northernmost Observatory located within the South DMZ, the closest we can get to see North Korea. On a clear day, we may potentially see some city area of Gaeseong and a bronze statue of Kim Il-Seong through the telescope. Unfortunately, we could only see the farmland of North Korea.

The Dorasan Station is the northernmost international station located over 700-metre from the Southern Boundary Line of DMZ, a symbolic place of division.  Upon the completion of the Gyeong-ui railroad line connection, it would have another historical meaning as a gateway of interchange between the South and the North.

After our DMZ tour, the guide brought us back to Seoul for BBQ lunch.

For more information on touring Korea DMZ, check out http://asiaenglish.visitkorea.or.kr/

For the rest of my trip, check out September in Seoul. In my next post, I will share my evening at Namsan. Stay tune!

Thank you for stopping by.

Copyright © Living for Experiences 2016-2019. All rights reserved. All content in Living for Experiences Blog belong to Audrey Wan, including images and videos, unless clearly marked otherwise. If you would like to reuse any of the content, images and videos from this site, please get explicit approval from the owner and with correct referral to the source and authors.