After sightseeing, it was time to do some shopping.  After breakfast, it was still early, we stopped by Cheonggyecheon. Cheonggyecheon was a naturally formed stream before Seoul was designated as its capital in the Joseon Dynasty. As the city had always been surrounded by mountains, its water was flowing into downtown. During the reign of King Sejong, the Cheonggyecheon was recognized as an important achievement for people’s everyday life.

After Korea was freed from the Japanese colonial rules, the Cheonggyecheon became a symbol of poverty and slovenliness, being filled up with trash and wastes, a neglected waterway.  In 2005, Cheonggyecheon was restored, transforming it into a haven of natural beauty amidst the bustle of city life. 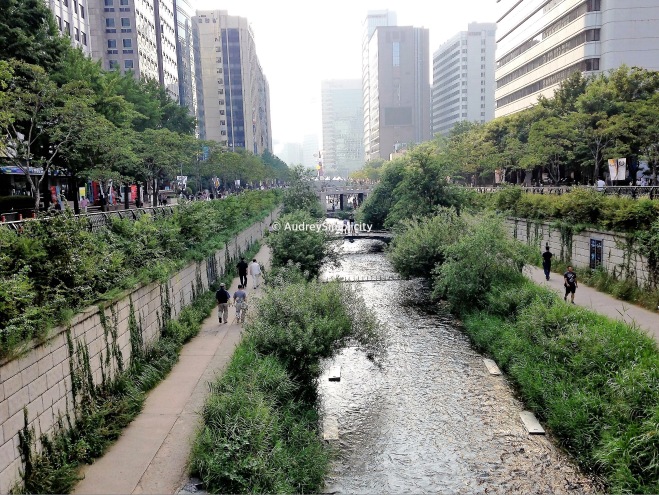 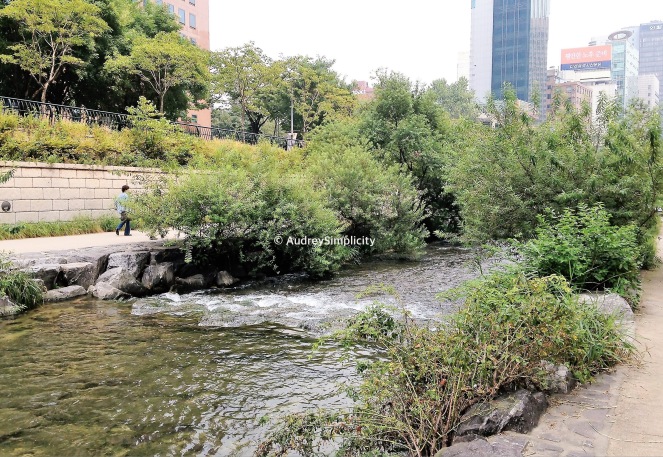 Mojeongyo is an arch bridge illustrating the traditional Daecheong (main floored room) style. In the past, it was referred to as the ‘Mojeon’, a fruit street. Therefore, the name of this bridge originated on this idea, since the bridge was located nearby that Mojeon. 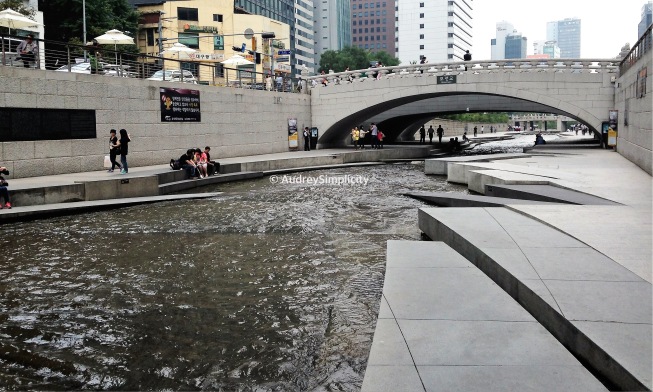 For more information on Cheonggyecheon, do check out http://www.sisul.or.kr/.

For the rest of my trip, check out September in Seoul. In my next post, I will share my visit to DMZ.  Stay tune!

Thank you for stopping by.

Copyright © Living for Experiences, 2016-2022. All rights reserved. All content in Living for Experiences Blog belong to Audrey Wan, including images and videos, unless clearly marked otherwise. If you would like to reuse any of the content, images and videos from this site, please get explicit approval from the owner and with correct referral to the source and authors.