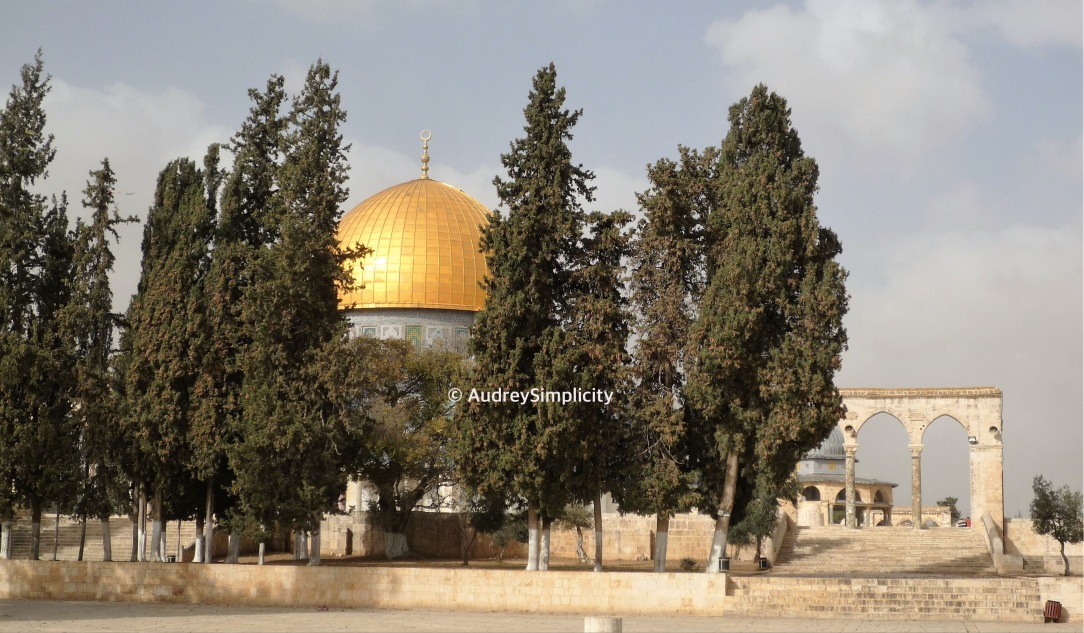 Shalom! Continuing our journey in Israel, if you missed my earlier posts, check out Shalom! Israel.

On our second morning in Jerusalem, we started the day at the Jerusalem Archaeological Park. 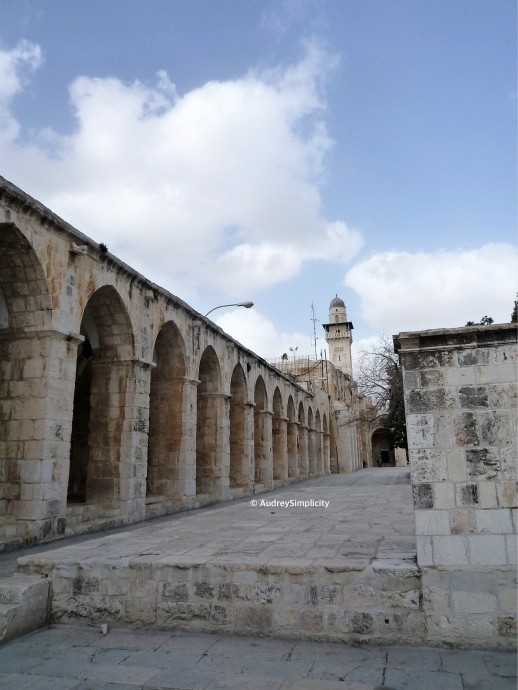 At the Temple Esplanade, there were security officers with rifles patrolling the area. We were concern initially as we are not used to seeing security officers patrolling at public area.  Then we were told not to worry as it is a norm, they were there to ensure our safety, therefore, we should feel safe instead of feeling concern.

At the higher ground, the Dome of the Rock, also known as the Mosque of Omar, stands out like a jewel, dominating the Temple Esplanade.  It was built in AD 692 over the place where Mohammad supposedly ascended to heaven.  This rock is also identified by Jews and Christians as the place where Abraham offered Isaac to God and most importantly, this is where the Temple of Solomon, and the Second Temple stood. The Temple Mount continues to be a center of controversy today and Jews are barred from praying at the Dome of the Rock.  Therefore, Jews pray at the Western Wall, also known as Wailing Wall, a part of the remaining structure of the Temple Mount from the time of the Second Temple.

For more information, do check out www.archpark.org.il.

Thank you for dropping by.