Shalom! Continuing our journey in Israel, if you missed my earlier posts, check out Shalom! Israel.

As mentioned in my earlier post Via Dolorosa , the Christian traditional site of Golgatha and the Tomb are within the Church of the Holy Sepulchre. It is being disputed as the Church is inside the city walls of the present-day Old City of Jerusalem.

A German theologian did research and the location identified is a place usually referred to as Skull Hill as there are two large sunken holes beneath the cliff, resembling the eyes of a skull. Therefore, it is believed that the name, Golgatha, has to do with the skull-like appearance of the Hill (refer to the picture below).

In 1883, British Major-General Charles George Gordon endorsed this view.   However, from the early Christian times, commentators held that Golgotha was named because it was a place of execution, where the skulls and bones of criminals lay scattered.

Near the Skull Hill is an ancient rock-cut tomb known today as the Garden Tomb which Charles Gordon discovered while he was admiring the strange landscape of Golgatha.  This tomb is situated outside the walls, to the North of the Damascus Gate, and is believed by many Christians, especially the Protestants, to be the true burial place of Jesus.

“Now in the place where He was crucified there was a garden; and in the garden a new tomb, in which no one had yet been laid.  Therefore on account of the Jewish day of preparation, because the tomb was nearby, they laid Jesus there.” John 19:41,42

Entrance to the empty Tomb, the burial place of Jesus 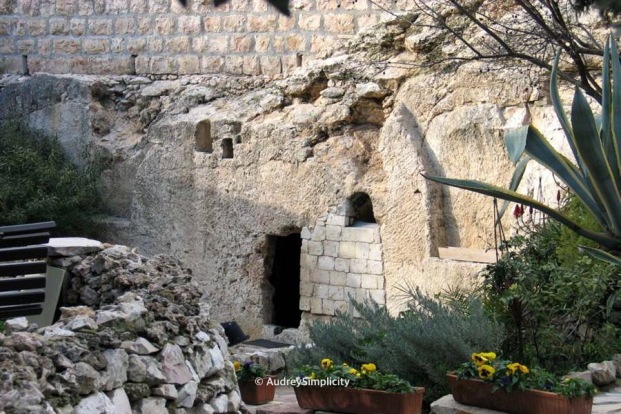 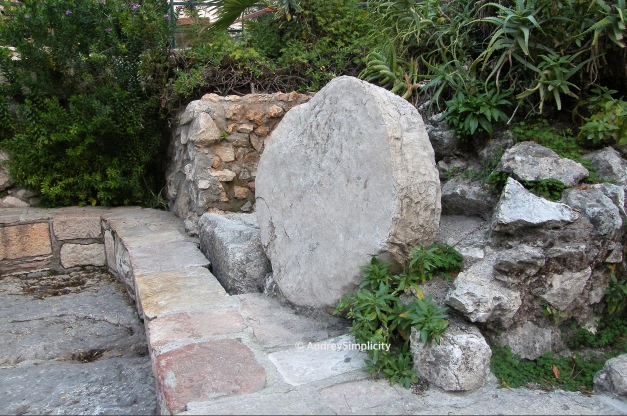 No one is one hundred percent certain the actual locations of the Golgotha and the Tomb. Is that important?  No, it is not important as Salvation hinges on the fact of the death and resurrection of Jesus Christ.  He is risen!

Thank you for stopping by

Give and you will receive.
Enjoyed my Monday 10km morning walk and spotted the otters playing on the floating platform 😀.
What you think is what you see. What are you thinking?
#verse #verseoftheday #proverbs #bibleverse #biblequotes #biblejournaling
Be wise.
And I will say of the Lord, “He is my refuge, and my fortress; my God, in Him will I trust.”
Happy 牛 Year!
#bibleverse #verseoftheday #verse
Comfort food after a relaxing facial treatment ☺️.