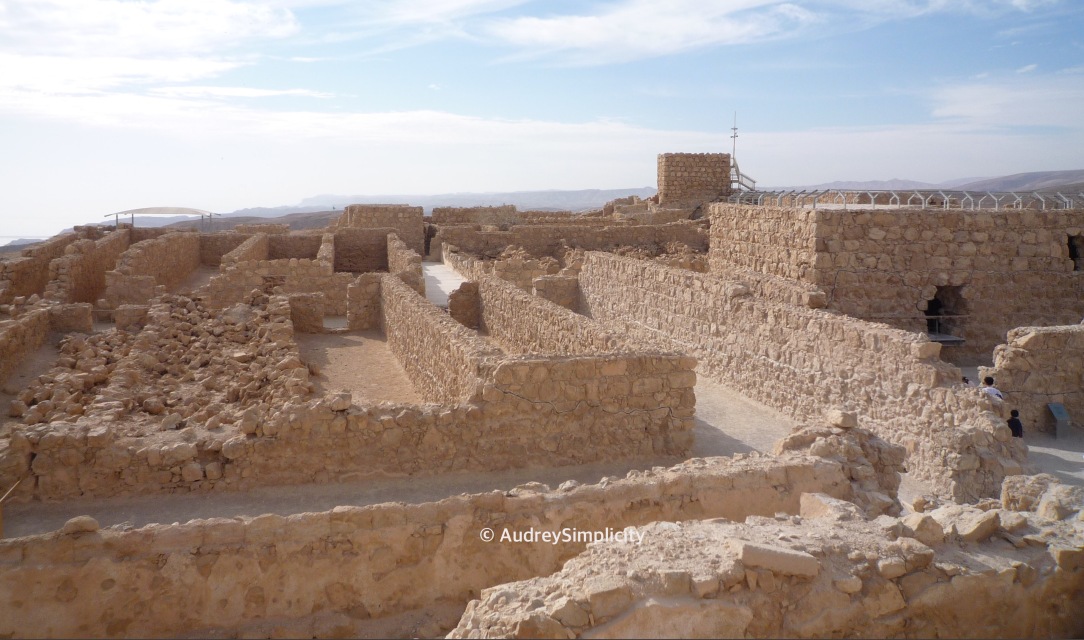 Shalom! Continuing our journey in Israel, if you missed my earlier posts, check out Shalom! Israel

Our last stop at Dead Sea before heading to Jerusalem – Masada.  The plateau of Masada is located on the eastern fringe of the Judean Desert near the shore of the Dead Sea, between En Gedi and Sodom. In 2001, Masada was inscribed on the UNESCO World Heritage List.

After I got back from Israel, I spoke to an Israeli friend, who used to serve the Israel Defense Forces before he joined the corporate world, about my trip to Israel. I shared with him my experience at Masada and that I was touched by the determination of the Jewish freedom fighters. At that very moment, I saw a spark in his eyes. Was he saying to himself “Masada shall not fall again”.

Read on to know more about Masada and the Jewish freedom fighters.

Masada was the last bastion of Jewish freedom fighters against the Romans; its fall signaled the violent destruction of the kingdom of Judea at the end of the Second Temple period.  It is likely that the Essenes from Qumran who survived and fled for a last stand to Masada, were among the Jewish freedom fighters.

The Jewish freedom fighters knew they were no match to the Romans, they went against the odds, chose to die heroically defending their fort than to surrender. The tragic events of the last days of the rebels at Masada transformed it into both a Jewish cultural icon and a symbol of humanity’s continuous struggle for freedom from oppression.

Built by Herod, king of Judea, Masada was a palatial fortress in the style of the ancient Roman East. The camps, fortifications, and assault ramp at its base constitute the most complete surviving ancient Roman siege system in the world.

We took the modern mode of transport, cable car, to the summit. Upon reaching the summit on the east, we made our way to the southeastern entrance of the Northern Palace. 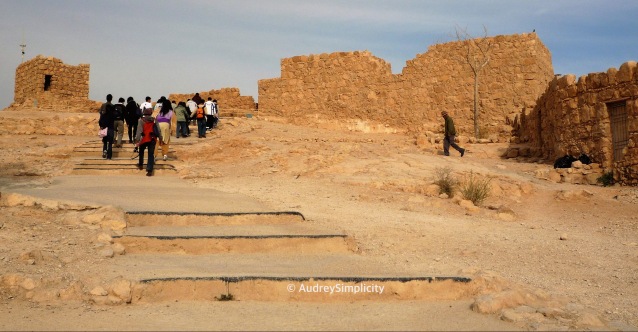 We enter through the Commandant’s residence leading to the “Commandant’s Headquarters”. The excavators concluded that this was the main entrance square to the storerooms and the Northern Palace and contained the headquarters of the commandant. Standing at the entrance, one could control the traffic of visitors to the palace and oversee the unloading of goods at the entrance of the storerooms.

“Masada Shall Not Fall Again”

Masada stands for an ineffaceable value in the history and culture of a peoples, a daily reaffirmation of freedom and dignity.

“Masada shall not fall again”, the ritual phrase pronounced every year by the young Israeli recruits during the military ceremony held there, rings out as both a warning and a promise. 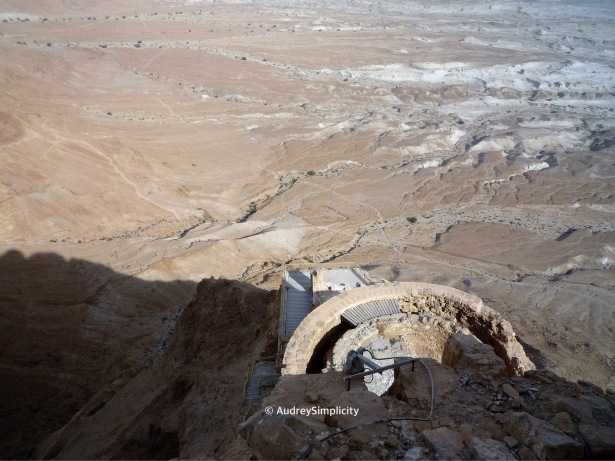 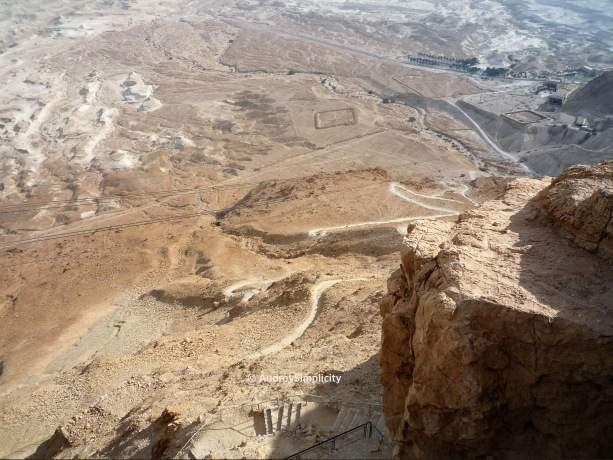 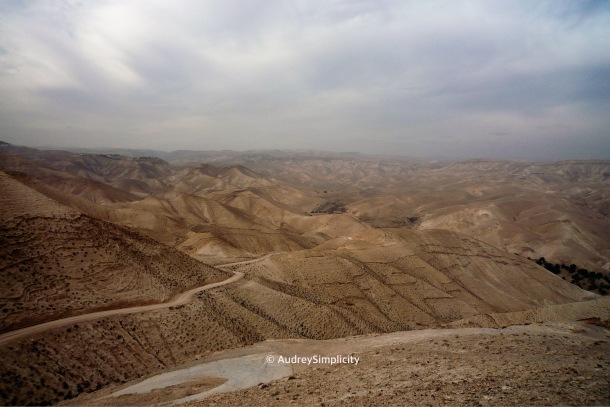 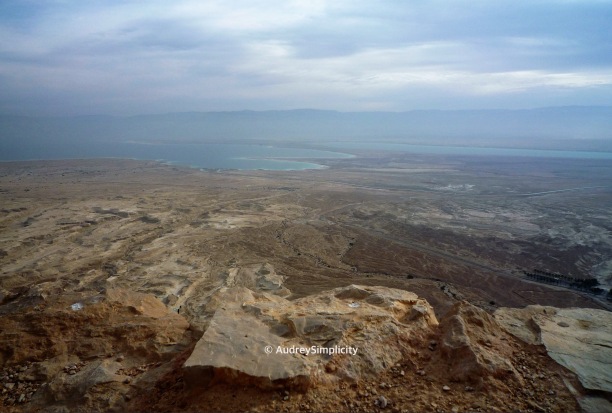 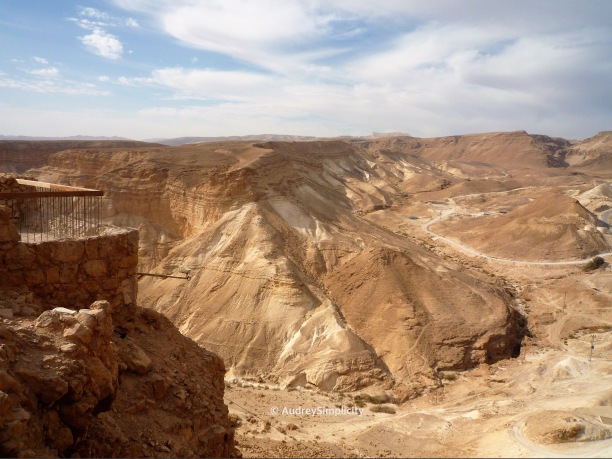 The visit to Masada was an emotional experience for me. For the young Israeli recruits who shouted “Masada shall not fall again” at their military ceremony, the experience must be intense, arousing their strong patriotism for their country.

For more on my Israel trip, go to Shalom! Israel

Thank you for stopping by and happy Living for Experiences!