On our day two at Tokyo, after a cup of coffee at the hotel room, we walked to Ginza Station, five minutes’ walk from the hotel we were staying. We took the Tokyo Metro Ginza Line to Asakusa (浅草) station.

Asakusa is the centre of Tokyo’s shitamachi (literally “low city”), one of Tokyo’s districts, where an atmosphere of the Tokyo of past decades survives. The main attraction is Sensoji (浅草寺), also known as Asakusa Kannon Temple, is one of Tokyo’s most colourful and popular Buddhist temples.

The legend says that in the year 628, two brothers fished a statue of Kannon, the goddess of mercy, out of the Sumida River, and even though they put the statue back into the river, it always returned to them. Consequently, Sensoji was built nearby for the goddess of Kannon. The temple was completed in 645, making it Tokyo’s oldest temple.

When approaching the temple, we first entered through the Kaminarimon (Thunder Gate), the outer gate of Sensoji Temple.

A shopping street of over 200 meters, called Nakamise, leads from the outer gate to the temple’s second gate, the Hozomon. Along the way, we saw typical Japanese souvenirs such as yukata, folding fans and various traditional local snacks being sold. The shopping street has a history of several centuries.

Beyond the Hozomon Gate stands the temple’s main hall and a five storied pagoda.  Destroyed in the war, the buildings are relatively recent reconstructions. The Asakusa Shrine, built in the year 1649 by Tokugawa Iemitsu, stands to the left of the temple’s main building. 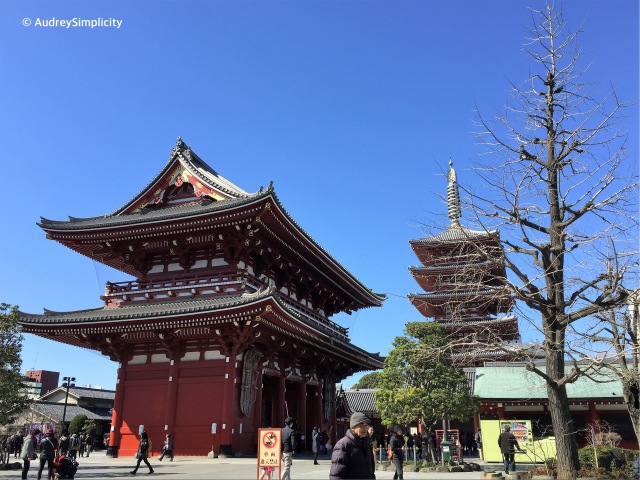 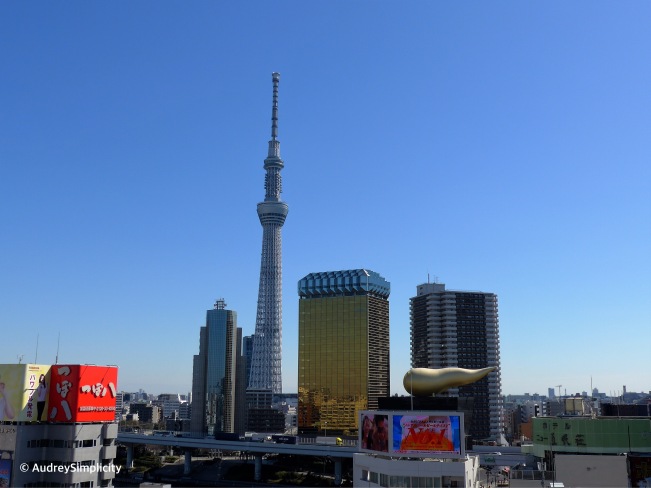 We continued to explore on foot, walked past souvenir shops, cafes & reached Ueno Park (上野公園, Ueno Kōen).  There was an artist at work at the front of the park.  It was not part of our plan to visit Ueno Park.  Since we were already there and the weather was great, we decided to explore the park. 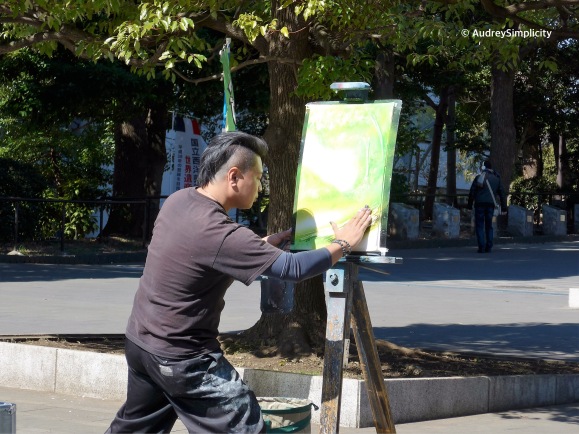 The park grounds were originally part of Kaneiji Temple, which used to be one of the city’s largest and wealthiest temples and a family temple of the ruling Tokugawa clan during the Edo Period.

On 15 May 1868, a battle, the Ueno War, was fought here which delimited Edo era and Meiji Restoration.  In this battle, a group of soldiers of Tokugawa shogunate (old government) named Shogi-tai, organised to fight against the Emperor.  The battle was intense, the Shogi-tai was defeated by the evening of the day and almost all of them were destroyed.  The fight is called Ueno war or fight of Shogi-tai.

After the battle, the temple grounds were converted into one of Japan’s first Western-style parks and opened to the public in 1873.  Okisato Ogawa and his comrades, who were the survivors of the Shogi-tai, obtained the permission from the Meji government in 1874 and erected the tomb for the soldiers who sacrificed in the war.  The tomb site of the Shogi-tai (refer to picture below) was preserved by the Ogawa clan for over 120 years and succeeded by Tokyo Metropolitan government in 2003.

Our next stop, Ameyoko (アメ横), a short walk from Ueno Park.  The name “Ameyoko” is a short form for “Ameya Yokocho” (candy store alley), as candies were traditionally sold there.  Alternatively, “Ame” also stands for “America”, because a lot of American products used to be available there when the street was the site of a black market in the years following WWII.  Today, various products such as clothes, bags, cosmetics, fresh fish, dried food and spices are sold on this busy market street.

Our fourth stop, Yanaka (谷中), one of the few districts in Tokyo where the shitamachi atmosphere, an old town ambience reminiscent of Tokyo from past decades, still survives. Throughout the district, there is an air of nostalgia and a rustic charm. It is within walking distance from Ameyoko. 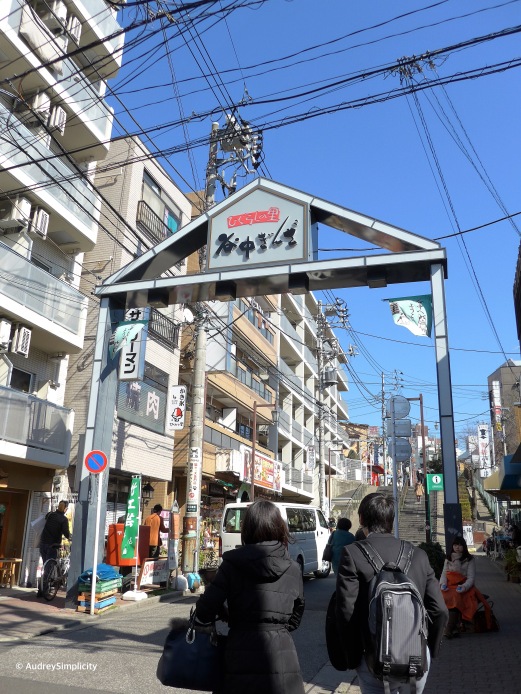 Our fifth stop, Ueno Zoo, the highlight of the zoo was the pandas.  Outside the zoo, we saw an elderly man using a bathroom sponge (attached to an umbrella) and some water in a small pail drawing animals on the pathway. He drew so well and fast. His strokes were consistent and he was painting the reverse way so that people could see him draw. Do not miss his works when you are there. Lucky us, we saw two artists at work today.

After all the sight-seeing, time to do some shopping. We took the JR Line to Shinjuku, had coffee and cakes at Takashimaya to recharge. Followed by shopping at Tokyu, Tokyu Hands & Kinokuniya. We were totally exhausted after a whole day of walking, headed to the nearest restaurant for comfort food – Sukiyaki.

Thank you for stopping by, happy Living for Experiences!

Copyright © Living for Experiences, 2016-2022. All rights reserved. All content in Living for Experiences Blog belong to Audrey Wan, including images and videos, unless clearly marked otherwise. If you would like to reuse any of the content, images and videos from this site, please get explicit approval from the owner and with correct referral to the source and authors.